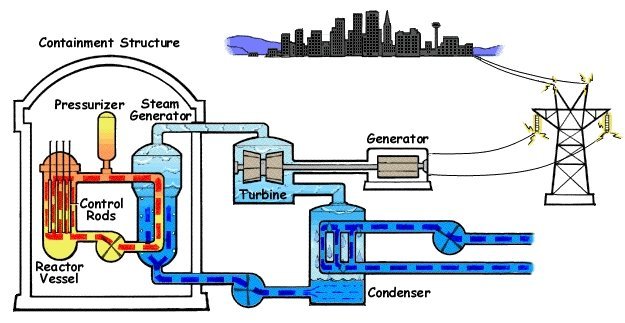 Our EMDS (Electrical, Mechanical Diagnostic Services) division is very well known for troubleshooting customer’s problems. We hope you like this upcoming series in the newsletter that will be dedicated to the analysis of unusual problems that are encountered in the field. With everyone looking up problems on I phones and Google, a lot of these customers are helpless because information like this is not out there on the internet. We handle the problems that may have never been seen before.
Our first troubleshooting issue shows the need to understand several things. When troubleshooting (nuclear, radiation, organic chemistry, and mechanical response dynamics) who knew all this would be used right? That’s what makes Horner EMDS department one of a kind! All of these subjects combined together can cause a problem. This next case study and many more to come will showcase that Horner has the capability through EMDS to take on these difficult problems should they arise.
Case: Vibration levels increase on a control rod cooling fan
While consulting for a nuclear power plant a call was received that a control rod cooling fan had vibration levels that had increased since its last outage. Examination of the fan found no reason for the increase in the running speed vibration. The fan wheel was clean, the bearings were in good condition, the coupling was ok, the hold down bolts were tight and there was no sign that any balance weights had been thrown. Despite no changes in the fan, the amplitude had more than tripled. This was a case where it was advantageous to have knowledge in three areas, nuclear engineering, organic chemistry and dynamics. The first question that was asked was if the fan was on isolators and the answer was yes. The second question was whether the isolators were springs or rubber. The answer was that they were rubber. Based upon that knowledge, the problem was identified and quickly solved. The rubber isolators were exposed to gamma and neutron radiation from the reactor. This radiation destroyed the covalent bonds of the carbon compound based isolators making them harder. This changed the tuning of the isolators moving the isolated natural frequency (verified by an impact test) close to the running speed. On the response curve, the system went from the isolation region to the amplification region. New isolators were installed and the vibration amplitudes returned to their historical levels.
In this case, the instrumentation was used to confirm that the natural frequency of the isolated system had changed. However, the key to identifying the cause of the problem was to have an understanding of the nuclear environment and the chemistry of the isolators along with a knowledge of the nature of the dynamic response curve. Another important point that can be learned from this case history is that isolators are maintenance items. They do not last forever and any changes in them alter the dynamic response of the system.