The process Horner Industrial uses on pumps and pump parts maintains efficiency longer than not coating a pump and it extends the life of the equipment five-fold. It’s also less expensive, in most cases, than purchasing a new part.
The pictures on the right are an example of a job we recently had in house. All the parts are 48” multi-stage pump parts, (this company only shipped us the parts). The first picture is a before picture of the suction bell, the second picture is the restored suction bell with our ceramic coating process and sprayed bronze on the wear ring.
The next picture is the 48” impeller as it was received, and the last picture is of the 48” impeller after restoration.
Restoring one 48” bowl, one 48” impeller and a 48” suction bell using the Horner ThermalLoct process resulted in a total cost of $30,000 to the customer for all three pieces. The cost of a new replacement impeller from the manufacturer alone, without the two other sections is $39,000 with a 12 – week delivery. If you were to replace all three parts with new from the manufacturer, the total cost would be in the neighborhood of $105,000.00 with a 12-14-week delivery. Horner Industrial restored the impeller, the suction bell and the bowl, within 6 weeks after we were given the go ahead to restore them and saved the customer $75,000.00 in the process.
Horner Industrial restored all three pieces for a total of $30,000 and the customer ended up with a product that is better than new! The impeller and the two other sections would have been supplied from the manufacturer as a raw casting with a spray paint coating that would have started to deteriorate the minute it was installed. Studies have proven that the coatings Horner Industrial applies are still in place and effective 9 years after they’ve been installed.
The freight costs associated with sending the parts to Horner Industrial and back are minimal compared with the cost savings noted above along with the reduced time to repair the product. 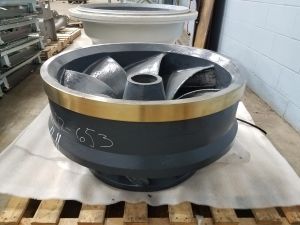 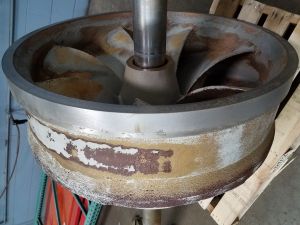 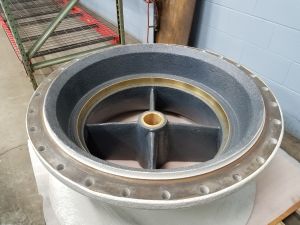 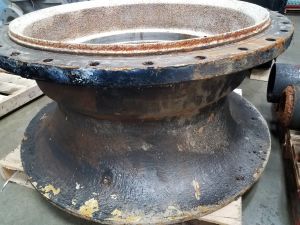