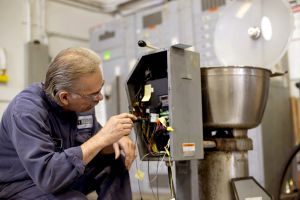 We don’t just fix large equipment. An opportunity recently came to Horner Louisville from a company who leases out Pizza dough mixing machines to Pizza stores along with other Restaurant equipment. As you can well imagine, these machines are treated like Rental Cars as nobody considers them their property and they’re not maintained very well. Horner Louisville secured the business after a competitor in Louisville took advantage of the situation and had increased their price to stratospheric levels. The units originally came in to Horner Louisville to have us check out and repair the motors which resulted in either a recondition or a rewind. However, during the tear down of the machine, we noted other items that needed to be repaired and worked with the customer to bring those items back to their original function, which included sensors, switches and relays. All of the units had relay controls in them with across the line motors starters until we received a unit with a VFD installed, and then a second and then a third. One of the VFDs needed to be replaced and the cost to replace it was more than we would have been able to supply a small Toshiba VFD for, so we convinced the customer to make the change to the Toshiba VFD, but it didn’t stop there. The unit also needed to have solid state relays and a 240V spring loaded timer replaced. So the decision was made to step back and redesign the controls in the unit to remove all of the clickety-clack controls with new PLC based controls controlling the VFD. The result is a fully functional unit with less components, more reliability and a reduced cost over what our competition had been charging. Congratulations to the Horner Louisville team for “thinking outside the box” to provide our customer with a better solution than anyone else was able or willing to provide. 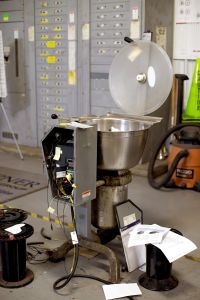 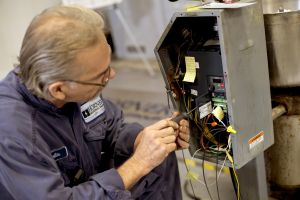