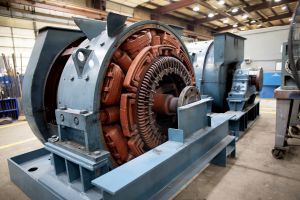 The Horner Springfield division received a call from a steel mill customer, located in Columbus OH. They had a failure on a tandem pair of 850 HP DC motors on their rolling mill operation.
Horner Industrial Springfield division had previously rebuilt their spare DC tandem mill motor set, including rewinding one of the armatures.
Springfield field service techs removed the failed motors and installed the stored rebuilt motors, at the customer’s site. We also contracted with our local rigger to remove the 16,000 lb. motors and deliver them to our shop.
There are still a lot of DC motors in operation in our manufacturing industries, however, most of them are not WWII vintage. These motors were built in 1942, for the US Department of the Navy in response to the Japanese attack at Pearl Harbor, HI, on December 7, 1941. These powerful DC tandem motors were used to propel Navy vessels across the oceans, to support the war effort. At some point, after the war, these motors were repurposed for industrial use. The fact that these motors are still in industrial use, 79 years after they were manufactured, is a testament to the greatest generation of Americans that rose to the challenge of winning WWII. 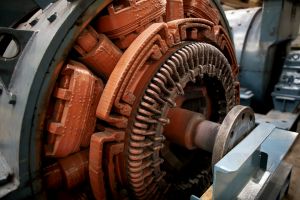 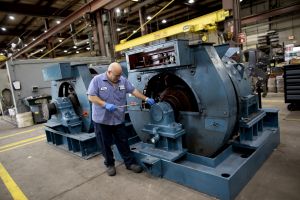 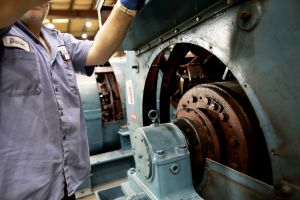 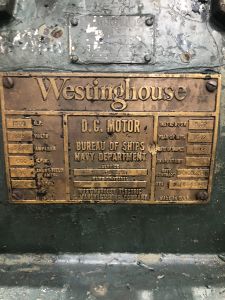