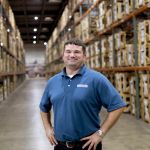 Years ago, Horner was outgrowing it’s Morris Street warehouse, and Machining Services was moving into the Fan building. With Horner’s expansion a new warehouse down the road was established. This 90K sq. ft. warehouse now includes the Toshiba Warehouse, The Toshiba MOD shop, Asset Management for Customers, and our corporate storage. Tim will oversee all these operations. The Toshiba Warehouse ships over 17K motors per year, and the MOD shop will be modifying over 100 motors per month. Tim is excited to take on the challenge and his expectation is take care of the employees, improve the workplace, find efficiencies that effect Horner’s bottom line and increase quality for our customers.
Tim grew up in Franklin, IN where he played football, soccer and wrestled. He enlisted in the Air Force when he was 17, and went into basic training in 1997. Most of his time was spent at Charleston AFB in South Carolina. He took college classes on the side. He soon got accepted into the Embry Riddle Aeronautical University located in Daytona Beach, FL. He finished his college in 2003 graduating with honors and commissioned as a Second Lieutenant.
Tim’s first assignment as an officer was to the Royal Air Force Base in Mildenhall, England where he worked as an officer in charge of vehicle maintenance, then vehicle operations, and finally petroleum, oil, and lubricants and was then promoted to First Lieutenant. The next assignment was to Incirlik Air Base in Turkey where his team supported Operation IRAQI FREEDOM.
The following is a list of Tim’s World travels and jobs in order:
-Nellis Air Force Base in Las Vegas: Supply Chain Management Flight Commander, promoted to Captain, became the Director of Nellis Support Center, and then Deployment and Distribution Flight Commander
-Deployed to Afganistan: During ENDURING FREEDOM worked POL for the Army’s 82nd and 101st Airborne
-Moved to Malmstrom Air Force Base in Montana as sole Logistics Officer for 819th Rapid Engineering Deployable Heavy Operations Repair Squadron
-Deployed to Afganistan for the second time where he worked for the Navy SEABEEs completing projects all over Southeast Asia. His job was to support construction material and 400 personnel.
-Started work on projects in Eastern Bloc Countries and was promoted to Major.
-Returned to Montana and then moved to McConnell Air Force Base in Kansas where he was the Director of Operations and then moved into the Director of Inspections supporting over 7000 personnel.
-Deployed to Afganistan for the third time at Kabul supporting Operation RESOLUTE SUPPORT as the Director of US National Support Element.
Tim has been a lot of places but mostly enjoys his time at home with his family. He is married to wife Amy and they have two kids. He is now looking forward to being near family in Johnson County, IN. 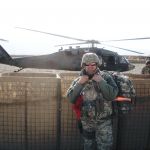 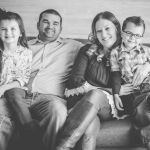