It’s nice to hear from customers time to time whenever something works better than they expected.
A chemical company came to Horner Coatings with a problem a couple years ago. The problem: a double flanged spool part that attached to an absorption tower with a pipe that enters the tower to aid in protection of the tower nozzle. The material in the pipe is SO2 gas and there is some water present from the blowers that supply air for combustion. When the water and SO2 react they make sulfurous and sulfuric acid. The spool was only lasting 8-10 weeks before having to purchase and replace.
The solution: Coatings used a Loctite Chemical Resistant Coating on the spool piece which they have had good luck with other sulfuric acid projects. The Loctite coating doesn’t require baking like other competitors coatings that can cause damage to the mass of the flange.
After two years of the spool still in production the company called the Coatings Division to praise them on the repair job and want to send in more new spools to be coated. How’s that for increased performance! Not only did the customer save money by not having to purchase 10 units over the same time period, but the labor costs to remove and install the replacement unit have to be kept in mind. When these spools failed, they did so during production and without notice meaning that the labor was most likely overtime. This is why our Coatings Division is such an asset to Horner Industrial Group. 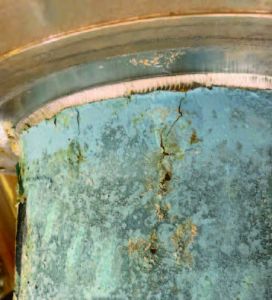 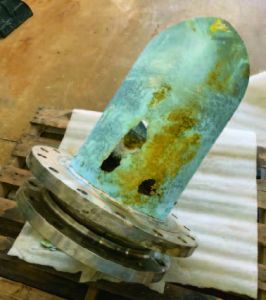 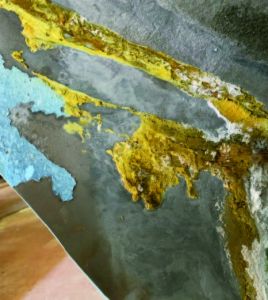